ELMAC Industrial Cleaners are an industry leader in all professional industrial and commercial cleaning requirements, essential for kitchen and/or extraction exhaust systems and associated environments that require high standard maintenance or regular servicing, especially if requiring full compliance certification for Australian Standards, including AS1851 and associated quality cleaning platforms and regulations.

South Australian family owned and operated for the past 25 years, ELMAC's humble beginnings began as the designated contractor assigned task to clean the original South Australian GM (General Motors) Holden facility in Elizabeth, South Australia - where the requirement to maintain the highest of cleanliness standards for the production of 250,000 vehicles per annum across all aspects was paramount to the success of the company. This contract was a full time affair and it was not until the restructure of the plant maintenance regime, meaning less strenuous rosters, that ELMAC was able to consider growing and venturing into new areas within the industrial cleaning industry, outside Holden.

As ELMAC's reputation and request for ancillary scope of work grew, ELMAC Industrial Cleaners eventually became a top preference South Australian company contracted for all industrial and commercial cleaning requirements state-wide as a result. The Northern Territory also became part of the renewed focus, and Elmac is proud to be an industry leader for industrial cleaning services between both top and bottom Australian shoreline. Our impressive clientele list boasts both commercial and industrial leaders in food, wine, agriculture, manufacturing and wholesale in general.

Are You ELMAC Clean?

"Are You Elmac Clean?" is a question both consumers and industrial professionals ask their suppliers, colleagues or contacts alike, and this reputation can only be gained through experience, quality and assurance. "Clean Behind The Scene" is the ELMAC mantra, highlighting that to be ELMAC clean, all areas exposed - from front of house to the virtually inaccessible - need to be addressed.
It is the standard requested, required and delivered by the ELMAC team everytime. 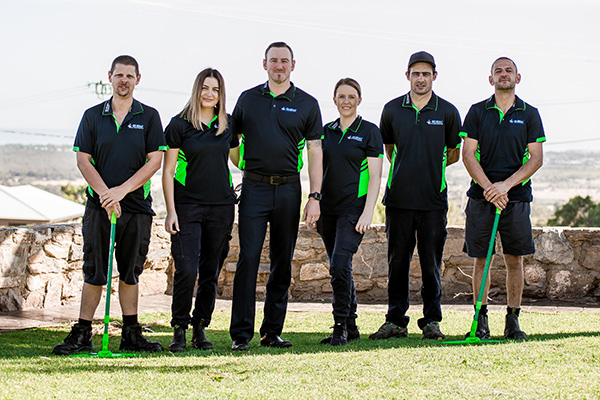 The ELMAC family (a straight-forward family mix of ELefteriou and MACalpine) have owned and operated prominent restaurants through their company tenure, most notably the old BBQ Inn on Hindley Street in the early 2000s, and know the key to a successful business is the quality of food, service and customer satisfaction... across all aspects.

"Are You Elmac Clean?" and "Clean Behind The Scene"  have become more than just company slogans, they are company objectives and extend further beyond their humble origins. We are proud our customers require this level of standard using our name to convey an expected quality of service.

From our client's perspective, these are the qualities of reputation required by our collective customer base to uphold and maintain from their position, and are pleased to be a regular first point of contact when achieving the highest standard of results is required to maintain their high standards also.